A report  led by  China Water Risk advisor,  Ma Jun, and his Institute for Environmental and Public Affairs (IPE) lists 6,000 water pollution violations by manufacturers of goods that ranged from sports apparel to luxury handbags.

Brands were linked to the factories over seven months of painstaking review of official websites, financial reports, recruitment ads and procurement bids, among other documents, according to IPE.

Over the past eight years the Institute has gathered a database of  97,000 air and water violations from official government  sources. IPE now works with many brands to make sure they are not using polluting suppliers and to help clean up those that are illegally dumping untreated toxic waste water into rivers.

Between march 22 and March 29, 2012 the five environmental groups wrote to the CEOs of each of the 48 brands linked to factories with repeated environmental violations. They asked the brands to ensure their Chinese suppliers would not pollute the environment while manufacturing their products.

While some of the brands named immediately responded to queries from the environmental groups, acknowledged the issues and detailed how they would address the issues, about two-thirds have not yet engaged. Notably, Spanish clothing retailer, Zara, responded by saying that it was not the company’s policy to answer questions about its business model.

Nike, Walmart, Esquel, H&M, Levi’s, Adidas and Burberry were among the companies that responded positively, saying they would work with their Chinese contractors to improve their environmental performance. Many of these brands were already working with NGOs to clean their supply chain, IPE said.

Another 32 brands including Marks & Spencer, Esprit, Calvin Klein, Carrefour, Armani and China-based Anta and Youngor have yet to respond.

Besides IPE, the other authors of the report, “Cleaning up the Fashion Industry,” were, Friends of Nature, Green Beagle, Envirofriends and Nanjing Greenstone.

China is a global leader in textile manufacturing, responsible for nearly half the world’s fibre and exporting 34 percent of the garments we wear.

This production has contributed significantly to the country’s GDP but has also taken a heavy environmental  toll locally. Ma said that fashion manufacturers discharge 2.5 billion tons of waste water and chemicals into rivers and the ocean, while 80 percent of effluent is generated in fibre dyeing.

This has a serious impact on the country’s water supplies and is compounded by the fact that the re-use of water in the textile industry lags way behind that of many others, creating a situation where water efficiency is incredibly low, IPE said.

Among the 6,000 violations, a number of factories were given administrative penalties. Many were told to rectify problems such as illegal effluent emissions via secret discharge pipes, directly discharging waste water into waterways, improper use of waste water treatment facilities and pollutant discharges in breach of standards.

Previously, IPE targeted the IT sector, also with information gleaned from the Institute’s violations database.

After five reports looking at the environmental performance of IT sector contractors, most of the brands named had responded to requests for information disclosure and action.

Among the last hold-outs was Apple, which was the focus of the last two reports. The company has since agreed to disclose its connections to suppliers and provide information on contractor environmental performance.

Clearly, Ma Jun and his colleagues hope for a similar response from another industry that is widely credited with some of the worst environmental performance in China.

Part of the problem for the apparel sector has been the quantity of suppliers used to manufacture just one item of clothing or shoe.

While many brands are getting better at understanding and working with the factories actually putting together the clothes, they tend to know less about the dyers, the spinners and the knitters who cause much of the environmental damage.

Yet engaging with polluting contractors in any part of the supply chain has become a serious reputational risk and thus business risk for global brands hoping to squeeze their suppliers on cost. Education and awareness around this issue has been the focus of ADMCF’s web portal China Water Risk.

The report is also a wake up call for consumers hooked on cheap product made at huge environmental expense abroad. It’s about time we all made careful choices about how we consume, make sure that brands are using responsible suppliers.

Should we ban Disposable Plastic Tableware? 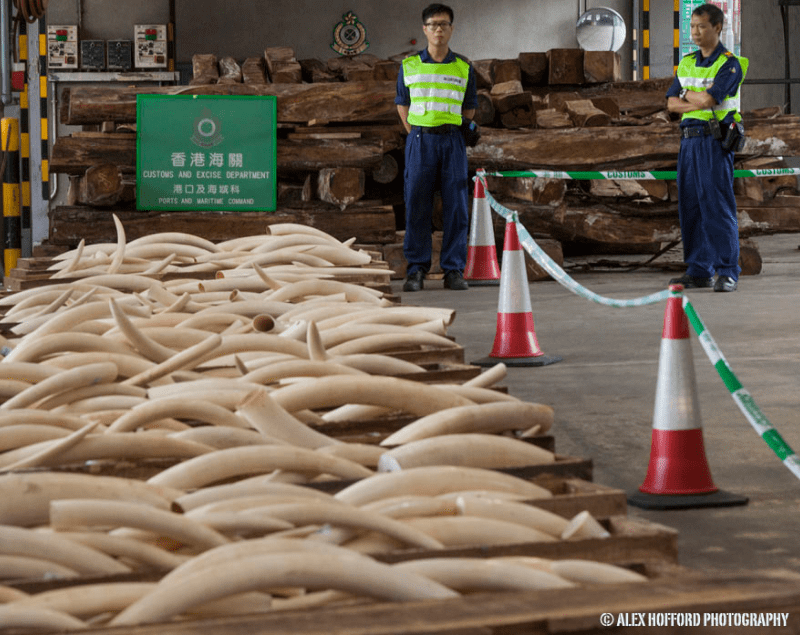