Home Alliances HK Wildlife Trade Working Group How Much is That Turtle in the Tub? 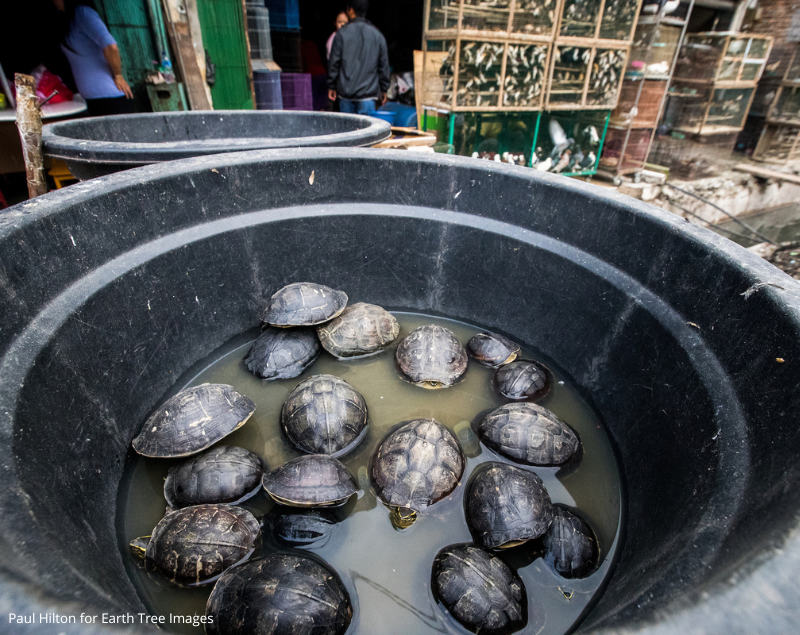 I think most people are familiar with Patti Page’s iconic song “How Much Is That Doggie in The Window?”, a catchy tune released in 1952 about a puppy with a waggly tail in a pet shop.

In 2009, Patti Page recorded a new version of this classic, entitled “Can You See That Doggie in The Shelter?”, when she realised the suffering of dogs from puppy mills. She hoped her remake would become an anthem for homeless pets and animal shelters.

Although not specifically about exotic pets, the remake reflecting on pet abandonment and homelessness resonates, signifying a change in our understanding of the pet trade. To meet the demand for exotic pets, a wide range of animals enter the supply chain from a myriad of sources including fragile ecosystems, or farms where they are kept and bred in high volumes under suboptimal to poor conditions.

Prior to working at ADMCF as a Wildlife Crime Court Monitor and co-author of the exotic pet trade report, I worked as a veterinary nurse for seven years. I began my nursing career in small animal (dog & cat) hospitals, then later switched to an all-exotics veterinary hospital where patients comprised a variety of taxa, including birds, reptiles, amphibians, small mammals, fish and the odd invertebrate (a snail that a client found in her imported salad, for instance).

I volunteered at various local and overseas animal shelters, conservation groups, and wildlife rescue/rehabilitation centres. Throughout my nursing career, I saw first-hand the many impacts of the exotic pet trade. The stark contrast between the health of dogs and cats under people’s care compared with exotic pets was particularly shocking. Working at an exotic veterinary hospital felt like working in a trauma centre, as the majority of cases are often emergencies with many arrivals being critically ill, on the verge of dying, or presented “D.O.A” (Dead on Arrival).

A major reason why this situation exists is the failure to recognise and meet the complex needs of exotic animals, both in the supply chain and when in the home environment. As a result, low standards of care persist. Living in spatially limited and mentally unstimulating environments, coupled with poor hygiene and improper care is the reality for many exotic pets. The result is countless husbandry-related diseases, nutritional deficiencies, psychological issues, suffering and death on a massive scale.

Sourcing of exotics for the trade is also problematic. Apart from intensive rearing in farms, some exotic species are wild-caught, which involves methods and conditions that are stressful and harmful to the animal. 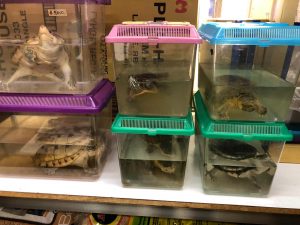 Pet owners and traders who invest in proper care and seek veterinary consultation for their exotic pets tend to be relatively few in numbers. Many who do seek appropriate care, decline diagnostics and/or treatment due to cost constraints. Some owners prefer to take the sick animal back to the shop for “replacement”, or surrender them to veterinary clinics or to shelters.

This situation has led to the term “Trash Pets” wherein the cost of adequate care and veterinary treatment far exceeds the cost of purchase and the ability or willingness to pay, and the animals are considered ”disposable”. Some owners believe it is an “act of kindness” to release sick or dying animals into the wild. Such actions are strongly discouraged by veterinary teams both due to welfare concerns of the released animal and the risk of invasive species and pathogens being introduced into Hong Kong’s ecosystems. In reality, client’s compliance is extremely challenging and the biggest factor that impedes healthcare to exotic animals is the cost of care. The outcome of many cases often remains unknown following consultation. This situation is due in large part to a lack of careful consideration to the long-term special needs and veterinary care that are necessary for health maintenance of pets, both of which requires financial commitment.

As most exotic pets are prey species, they have an incredible ability to hide signs of illness and pain – an instinct known as the “masking phenomenon”. In the wild, this helps hide their weakened state from potential predators. However, this also means that exotic pet patients are often not taken to the vet until they become so critically ill that they can no longer conceal their condition. When this happens, there is a small window of opportunity for medical care, but this is easily missed. 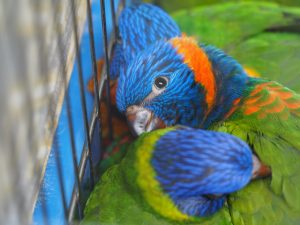 This creates a challenging situation for veterinary professionals aiming to educate owners on the proper care of exotics, because the animal may look well on the outside, leading owners to overlook potential harms they might unintentionally be causing through husbandry failures. If diagnostic testing can be performed, many exotics are often found to be sick and severely abnormal on the inside. Preventative healthcare is thus imperative to the long-term health of any individual animal in trade, and proper care must begin before animals are being purchased.

I await the day that Hong Kong’s pet trading regulatory system, particularly the exotic pet trade, is reformed to ensure the best practices are implemented and that there are safeguards for all species in trade. A holistic approach such as that embodied in the globally recognised “One Health” concept provides one means of ensuring this.

So I look forward to the day when turtles are no longer sold in tubs or birds in overcrowded cages, and pets in general are not afflicted by preventable husbandry-related diseases that they have to carry for the rest of their lives. People will no longer sing about the plight of these critters, but the courageous changes made to the trade system. Read the report here.

Christie Wong is passionate about wildlife conservation and animal welfare. She is a qualified veterinary nurse, and throughout her animal nursing career, she saw first-hand the negative impact of the wildlife trade. She has since joined ADM Capital Foundation’s Courtroom Monitoring Programme, tracking wildlife crime cases from seizure to sentencing. 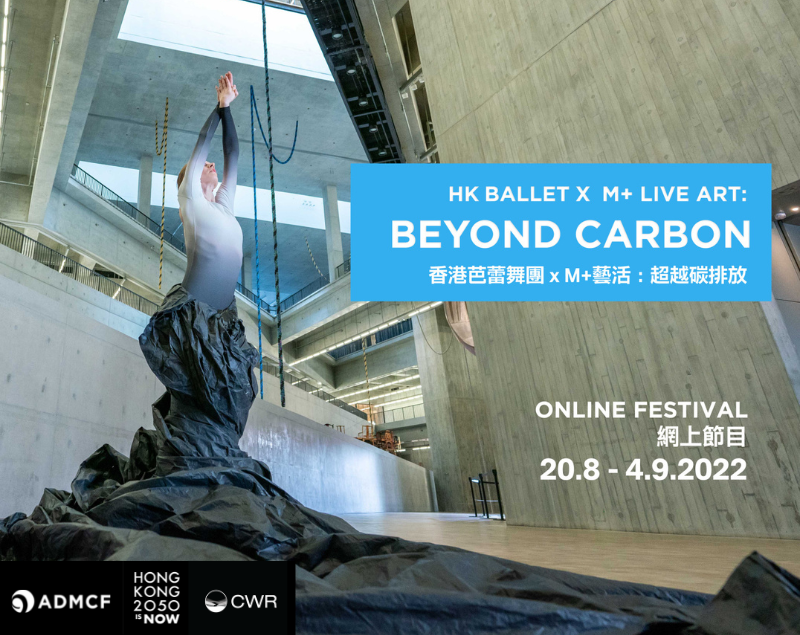 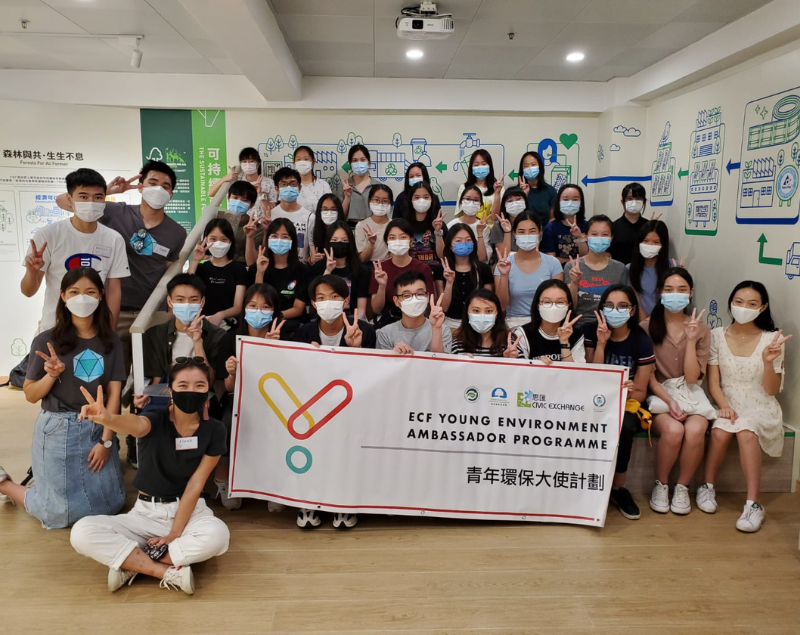 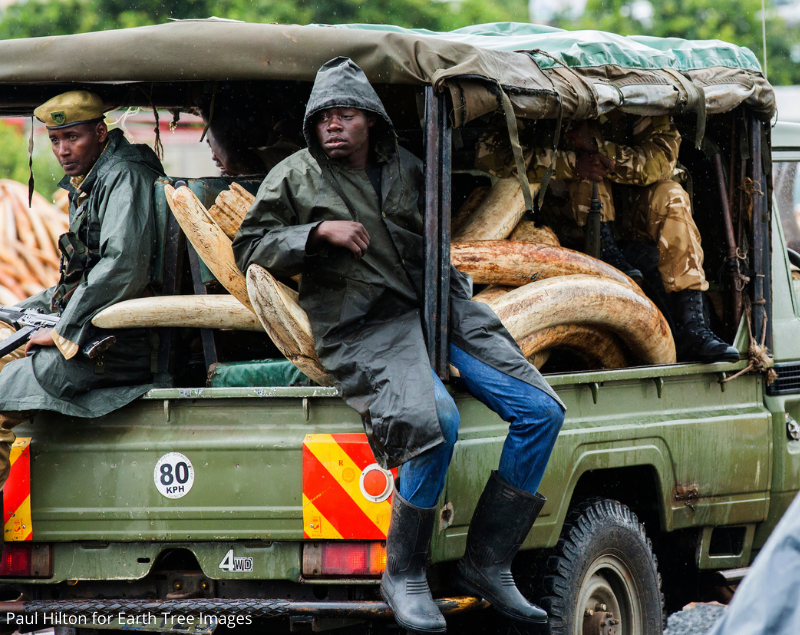