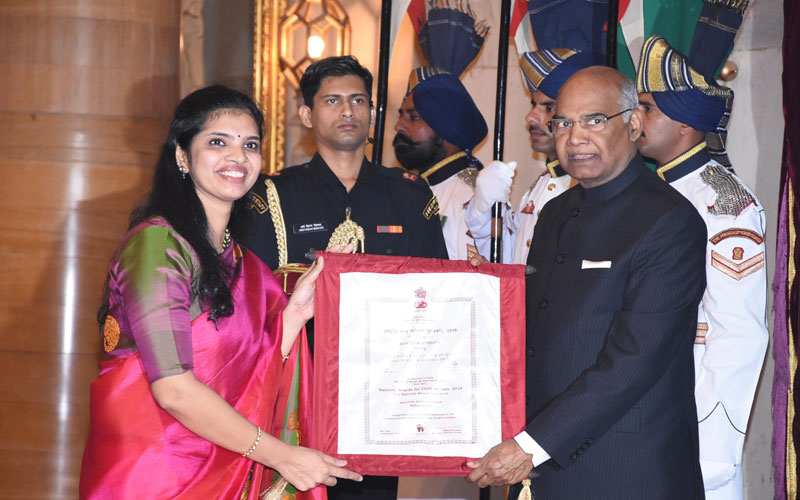 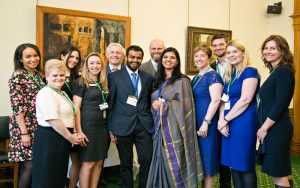 Late last year Aarambh India was honoured to receive the National Award for Child Welfare from the President of India, Ram Nath Kovind. The citation highlighted the ADMCF/Prerana initiative’s Online National Resource Centre (https://aarambhindia.org), its Internet Hotline and its work with child victims of sexual offences and their families.

It is the internet hotline that has perhaps brought most recent attention to the just four-year-old initiative.  Developed in partnership with UK-based Internet Watch Foundation (IWF), the hotline, hosted on the AarambhIndia.org website, allows any citizen to report criminal internet content such as sexually explicit pictures and videos featuring children. Thus, a user in India can initiate action against such content hosted on the other side of the world with just a few taps on the screen.

We believe this sort of activity is essential to ensure a child friendly internet as well as digital citizenship. A national hotline is also critical to the International WePROTECT Global Alliance framework in fighting Online Sexual Exploitation of Children.

In 2016, based on extensive consultation with government bodies and institutions, corporates, civil society as well as concerned users, The Aarambh India Initiative felt it was time to pilot the internet hotline. This sentiment was corroborated by experiential evidence and data available showing an exponential increase in sexual crimes against children facilitated by internet technology. We also knew there was inadequate redress offered in such cases meaning a child is unable to move past trauma towards healing. Overall, there was a need to move beyond awareness and prevention to put tangible, systems of response in place.

IWF already runs one of the most successful hotlines globally and proved an excellent partner. The version hosted on the Aarambh India website https://aarambhindia.org/report.was designed as a Hindi/English online form where the user can report (anonymously if they choose) the offending URL. The process of reporting is simple and takes barely a minute. Each report is analysed by expert analysts trained by IWF. If the content is found to be illegal, the relevant authority where the site is hosted is notified. A successful takedown can take anywhere from a few minutes to a few days. 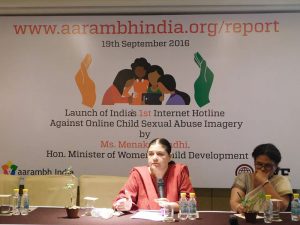 We launched the hotline in September 2016 at an event attended by the Union Minister for Women & Child Development Ms. Maneka Gandhi.

At that event, the minister commended the initiative and announced the formation of National Alliance against Online Child Sexual Abuse in which various stakeholders would meet to develop a plan for an appropriate national response to child sexual abuse imagery.

This announcement put the hotline at the center of national conversation on online child protection in India.

Over the course of 2017, there have been several meetings and consultations with key policy makers and others on India’s online child protection strategies and systems both within the framework of the National Alliance as well as outside.

In parallel, in two separate instances the Honorable Supreme Court of India referenced the hotline. On 18th April 2017, the Government directed the Indian Internet Service Providers to adopt the IWF blocking list, thus essentially granting green channel status to the hotline. This was in response to a Supreme Court of India order to the Union of India asking for concrete steps to tackle the issue of online child sexual material. However, the ISPs challenged the order and the process stalled.

A follow up order on October 23rd, 2017, recommended implementing a national hotline under the Government, along with other recommendations for strengthening online child protection systems in the country. The order mentions IWF experts as an integral part of the consultations.

One year after the launch, https://aarambhindia.org/report remains an 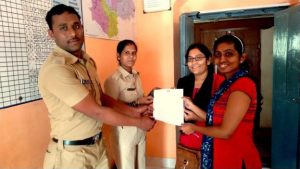 actively used portal. Over this past year, several Government & Non-Government Agencies as well as hundreds of concerned citizens have turned to the service to take down criminal content hosted globally.  From the date of the launch till the end of 2017, the portal registered over 832 complaints, of which 77 were identified positively as Child Sexual Abuse Material. This content was hosted in eight different countries with United States hosting 47% of the content, followed by Russia at a distant 21%. In all, 87% of the material taken down featured children below the age of 10. Some of the reported material has led analysts to larger rogue sites with hundreds of videos featuring children. These were then taken down.

At Aarambh India, we intend to keep the hotline active until the Government develops its own version. Along with IWF, we have been closely involved with the Government’s efforts in this regard. Meanwhile, we hope growing numbers of internet users will join in using the hotline. .

India is now among the around 50 countries globally with a hotline in place. However, to be truly effective this needs to be mainstreamed with the nation’s child protection services and criminal justice system. Without quick and effective response for victims as well as swift prosecution of offenders, the hotline, while effective at take downs, will remain peripheral. This ecosystem needs to be strengthened and sensitised.

That hotline is ineffective against messaging apps like WhatsApp, WeChat etc where the data is end-to-end encrypted this has been a matter of consternation. Solutions need to be evolved for the same.

At a larger policy levels, there is now a global call to update the United Nations Convention on Child Rights by taking into account the presence of children in the online space. Our journey with the hotline has taught us one key lesson, the idea of child friendliness and participation needs to move beyond symbolism and tokenism and be tangible and practical in concept, design and implementation. We hope to ensure that our experiences and data contribute to essential national and international conversations around the internet.