With a white paper endorsed by its members, the ZEMC aims to provide concrete recommendations to the Administration as well as Legislators, assisting them in bringing about the desired policy changes. The ZEMC hopes to collaborate with the Government and take these recommendations into consideration and work together to resolve both technical and non-technical issues while propelling Hong Kong’s decarbonisation strategy for the road transport sector. 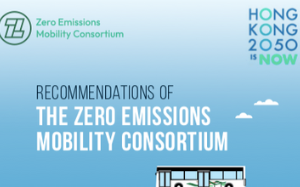 Wild, Threatened, Farmed: Hong Kong’s Invisible Pets sheds light on the scale and nature of Hong Kong’s exotic pet trade, identifying key areas of concern regarding impacts on biodiversity loss; animal health; animal welfare; public health; and, ultimately, areas for potential policy and regulatory enhancement. Over the last two decades Hong Kong’s exotic pet trade has grown and diversified, pointing towards a vast and high value industry. Our report reveals that over a five year period, four million live exotic animals were imported into Hong Kong from at least 84 countries for the exotic pet trade. Over 700 species were identified, among which many face the threat of extinction in the wild. Nearly 800,000 animals arrived in some years. Reptiles consistently made up the majority. 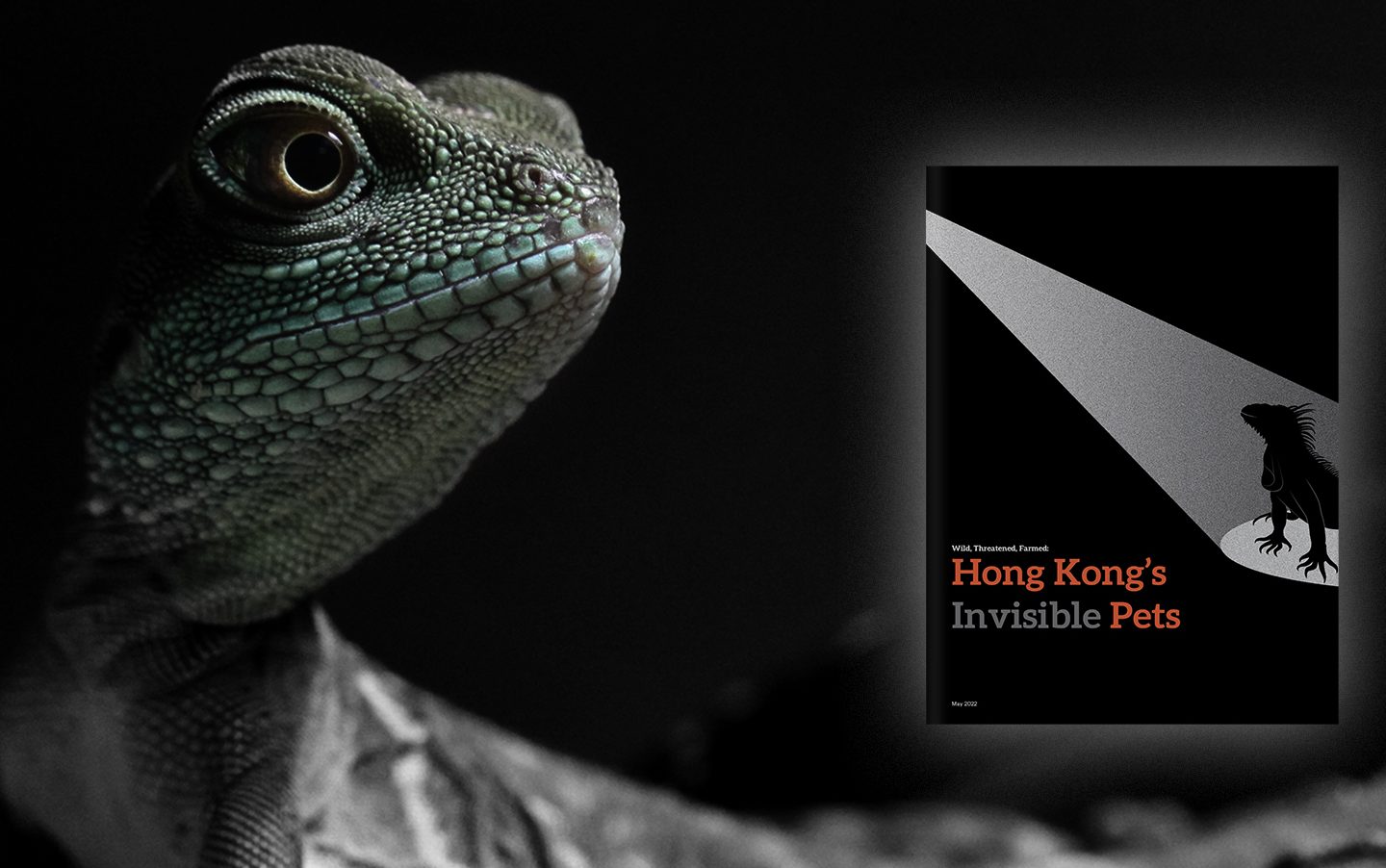 Civic Exchange is an independent Hong Kong public-policy think tank established in 2000. We use in-depth research and dialogue to inform policy and engage stakeholders on addressing societal and environmental challenges in Hong Kong. Our research focuses on four areas that are integral to a liveable city: environment, economy, society, and governance. Civic Exchange has been consistently ranked among the top 50 environmental think tanks in the world by the Lauder Institute at the University of Pennsylvania. 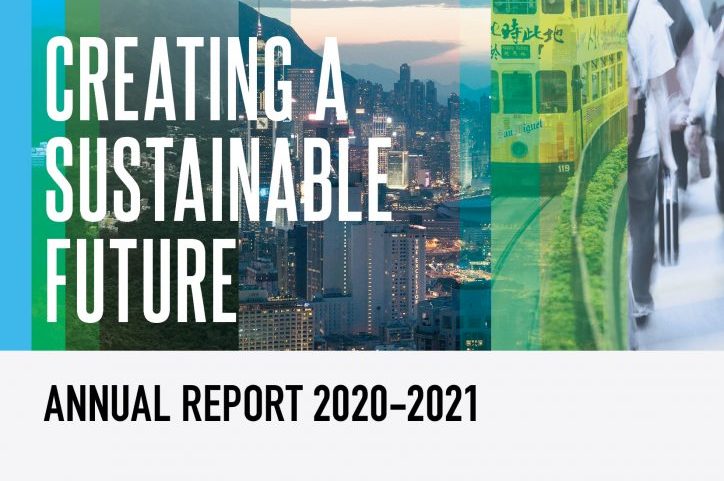 Hong Kong’s prolific use of disposable foodservice packaging is tied to its character as a densely populated city with a culture of convenience. An estimated 3.9 billion disposable foodservice items were used and discarded by Hong Kong consumers in 2019, even before the onset of the COVID-19 pandemic. The authors summarise their detailed recommendations as “Tackle all single use foodservice packaging, not just plastics. Use a portfolio of tools. Start now.” Based on these principles, the report offers a pathway forward for Hong Kong’s food & beverage operators, policymakers, and consumers to collectively Eat Without Waste. 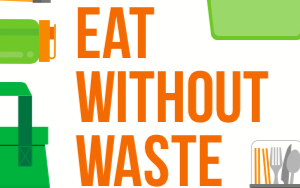 Sink or Swim: The future of fisheries in the East and South China Seas

Research scientists from the University of British Columbia’s Institute for the Oceans and Fisheries modelled the trajectories of East and South China Sea fisheries under several climate change and fisheries management scenarios. By the 2100, both ecosystems are projected to suffer losses, or even regional extinction, in key marketable species. These outcomes are driven by the impacts of climate change, overexploitation, and the growing demand for fish-based feed by the aquaculture industry, signaling the need for immediate policy action across the region. 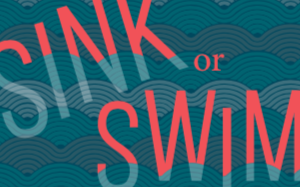 This report analyses Hong Kong’s options in this regard. Based on an in-depth analysis of different power technologies, we developed five energy mix scenarios and provide recommendations for policymakers and power companies. 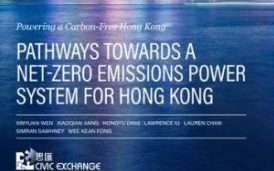 Hong Kong and Biodiversity Conservation: 10-year Review Against The Convention on Biodiversity 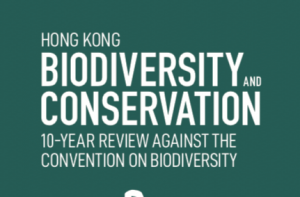 EWC welcomes the publication of the First Draft of the Post-2020 Global Biodiversity Framework (CBD/WG2020/3/3)(“the First Draft”) and congratulates the Co-Chairs of theOpen Ended Working Group, its members and the Executive Secretary on their work to date. While EWC supports the 2050 Vision, the 2030 Mission, and the Goals and Milestones  outlined in the First Draft, we are concerned that the revised text still fails to reflect the urgency of some key wildlife-related issues, and in particular the threat to biodiversity and human and animal health posed by the wildlife trade, markets and consumption. Read here. 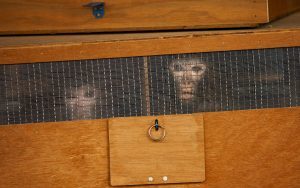 Break the Chain holds exhibition at the 8th edition of Affordable Art Fair Hong Kong. The exhibition showcased 6 of the Break the Chain walls and their unique QR codes, which when scanned and pointed at the artwork activated AR elements previously only accessible when stood at the street art location. Learn more at breakthechain.hk. 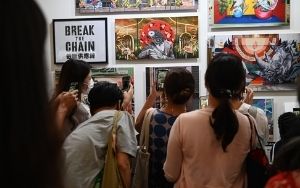 After nearly two decades of delay, Hong Kong lawmakers have voted in favour of Municipal Solid Waste Charging (Waste Disposal Amendment Bill 2018). The MSW Charging bill is key legislation to enable Hong Kong to manage its resources and reduce waste-related emissions. Its passage will see citizens paying $0.11 for every litre of waste produced, a reminder that waste disposal comes at a cost. In 2020, ADMCF supported Civic Exchange and HK2050IsNow to conduct a public opinion survey (PORI) which showed strong public support for MSW Charging. 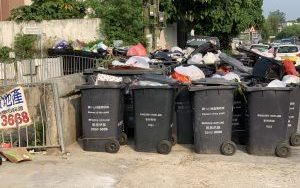 In an unprecedented move to combat wildlife trafficking, Hong Kong’s lawmakers have voted in favour of tackling wildlife crimes as the serious and organised crimes they truly are. Wildlife crime poses an immense challenge to the international community. By taking this bold move, Hong Kong is not only showing global leadership, but is signaling that we will no longer stand by and let wildlife traffickers exploit our city, devastate wildlife populations and steal natural resources that impact local communities and national economies worldwide. Read press release. 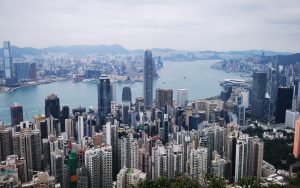 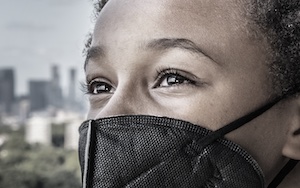 Presidents of Costa Rica and Gabon Jointly call for an International Agreement to Combat Wildlife Crime.

President Ali Bongo Ondimba of Gabon and Carlos Alvarado Quesada of Costa Rica show their exceptional environmental leadership, in calling for a Fourth Protocol under the UN Convention Against Transnational Organised Crime (UNTOC), amidst a growing biodiversity crisis, species extinction, and the risk of future pandemics. This a timely and urgently-needed response from two pioneering countries. The President’s call was conveyed to the Opening Plenary of the Thirtieth Session of the United Nations Commission against Crime Prevention and Criminal Justice meeting in Vienna from 17-21 May, 2021.

Civic Exchange, release the results of a public opinion survey on the Waste Disposal (Charging for Municipal Solid Waste) (Amendment) Bill 2018. Nearly 70% of total respondents agree there is a need to implement Municipal Solid Waste charging bill in Hong Kong. Read the report. 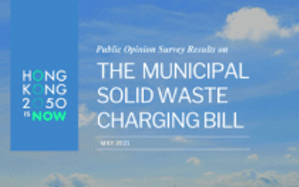 Still Trading in Extinction: The Dark Side of Hong Kong’s Wildlife Trade

This report summarises Hong Kong’s growing wildlife seizures (2018-2019), prosecutions (2017-2020) and the city’s continuing  role in the global illicit wildlife trade. Released as a continuation of “Trading in Extinction: The Dark Side of Hong Kong’s Wildlife Trade”, which was published in January 2019, by members of the Hong Kong Wildlife Trade Working Group. The original report for the first time, provided quantifiable data on the extent and nature of wildlife crime in Hong Kong spanning 2013 to 2017. It demonstrated that Hong Kong has a disproportionately large trafficking footprint and has long been exploited by organised and serious criminal groups in the pursuit of large profits from illegally traded wildlife. 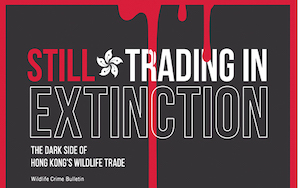 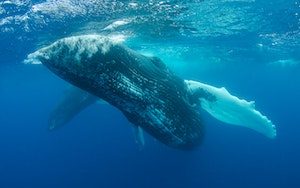 China Water Risk releases a series of “survival guides” to avoid Atlantis in its “CWR Coastal Capital Threat Series”, which benchmarks risks for 20 coastal capitals and economic hubs in APAC from Tokyo to Sydney. The reports show that urban real estate equivalent to 59 Singapores will be underwater without serious adaptation measures if we continue with business-as-usual. And that’s just for 20 coastal cities. Learn more. 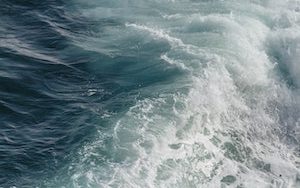 Drink Without Waste: Guidance on Design of Single-Use Beverage Containers for Recycling in Hong Kong

Good design for recycling increases the volumes and quality of recyclate coming out of the Hong Kong market. This guide provides best-in-class design choices that match the reality of Hong Kong’s current recycling infrastructure, including export markets. Read the report. 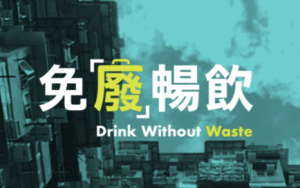 This study compares the similarities and differences between the GBRSs, in particular taking a deep dive into energy-related requirements. The purpose is to gain insight into whether existing GBRSs sufficiently facilitate decarbonisation in the building sector. Read the report. 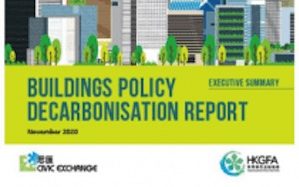 The TLFF I transaction is included among the case studies in the Blended Finance Task Force’s Better Finance Better Food report. The case study describes the Tropical Landscapes Finance Facility of which ADM Capital is a partner as well as TLFF I, a sustainability bond for Royal Lestari Utama. ADM Capital’s partners in TLFF are BNP Paribas, UN Environment and ICRAF. The report, says that transforming today’s food and land use systems could unlock USD 4..5 trillion in new business opportunities every year and that to reach that we must rapidly replicate and scale what is already working. Read the report. 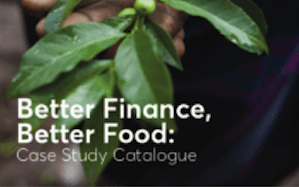 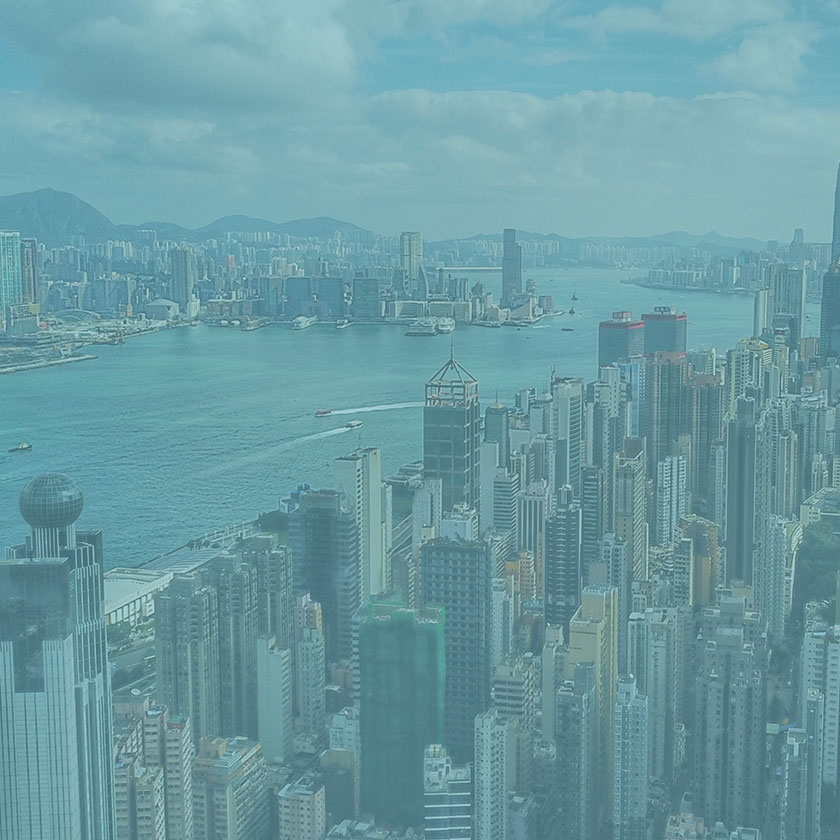 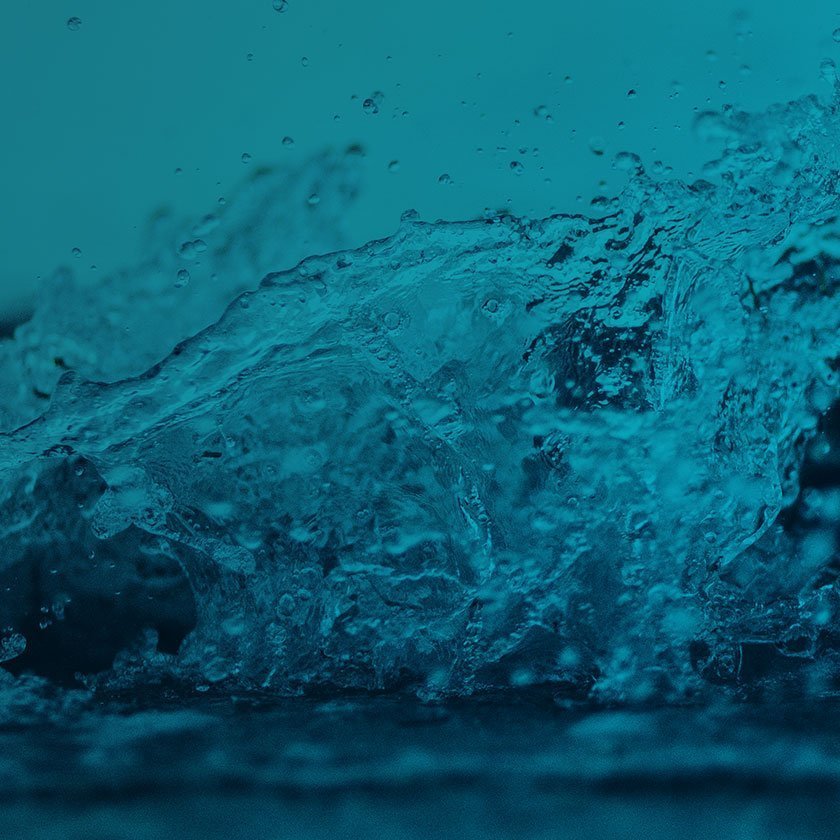 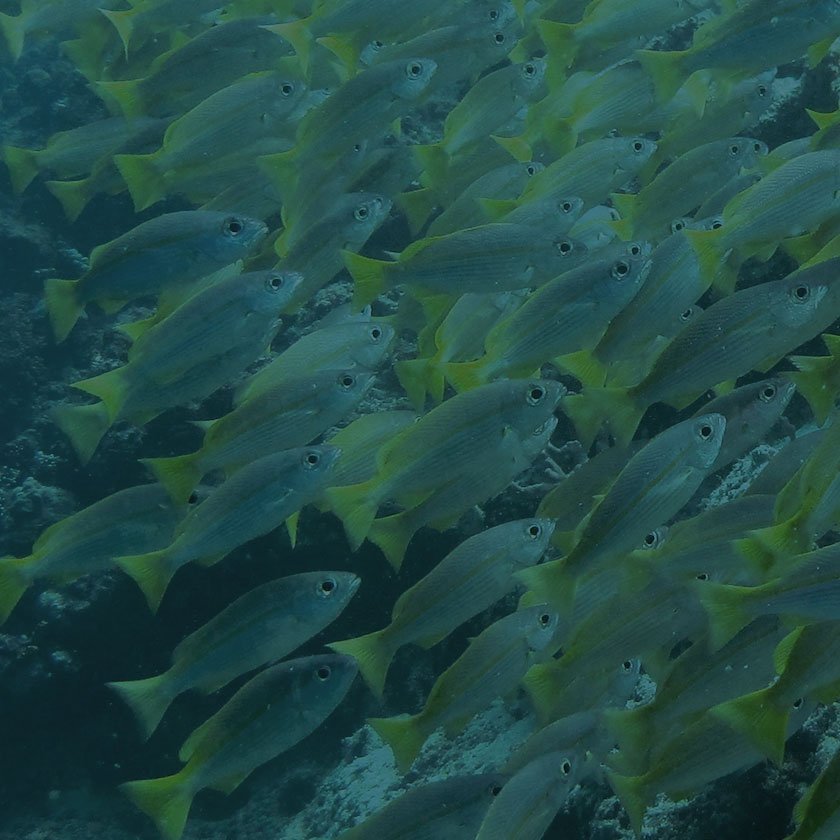 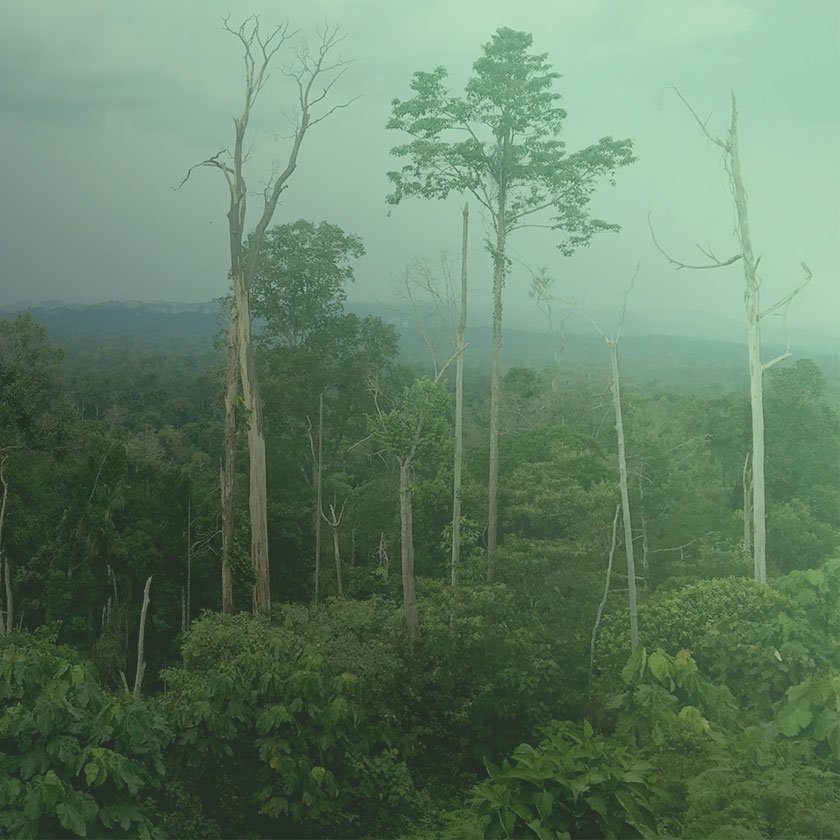 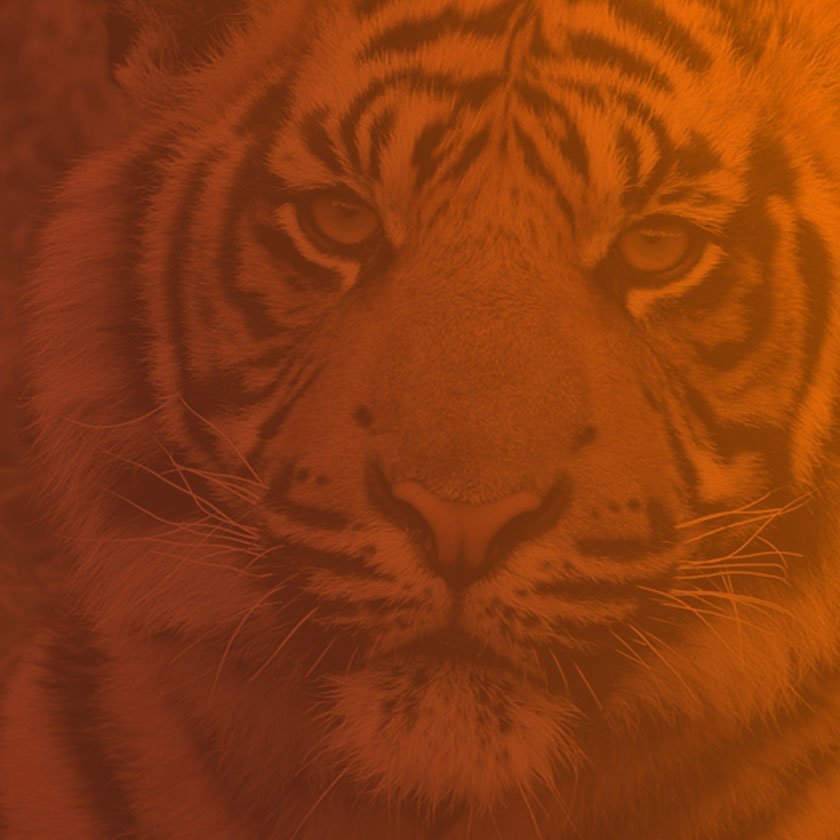 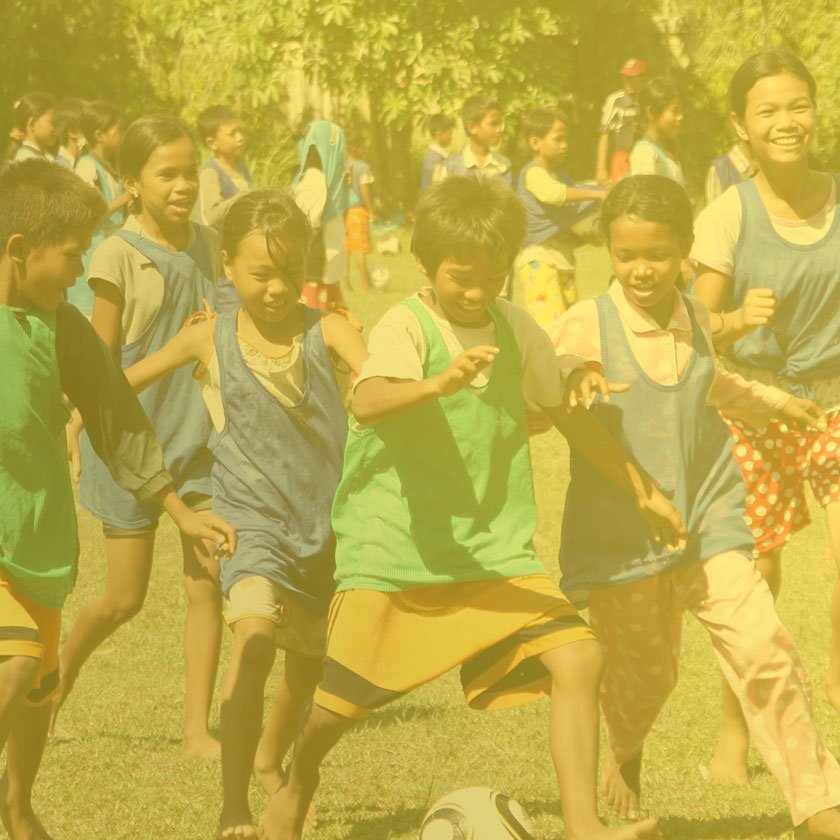