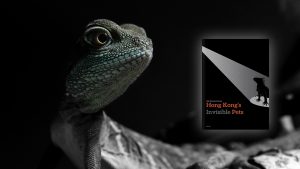 Wild, Threatened, Farmed: Hong Kong’s Invisible Pets sheds light on the scale and nature of Hong Kong’s exotic pet trade, identifying key areas of concern regarding impacts on biodiversity loss; animal health; animal welfare; public health; and, ultimately, areas for potential policy and regulatory enhancement. Over the last two decades Hong Kong’s exotic pet trade has grown and diversified, pointing towards a vast and high value industry. Our report reveals that over a five year period, four million live exotic animals were imported into Hong Kong from at least 84 countries for the exotic pet trade. Over 700 species were identified, among which many face the threat of extinction in the wild. Nearly 800,000 animals arrived in some years. Reptiles consistently made up the majority.

Hong Kong’s importance is not just in the scale of the trade, but also the highly targeted pressure on rare animals for pets and valued species. Animals have been discovered in Hong Kong’s market before scientists have even described them or studied their wild populations. Animal health and welfare issues are omnipresent, in part a result of a patchwork of legislation that has not kept up with the trade and allows the buying and selling of species highly unsuitable as pets. The risk of disease transmission requires assessment, both from an animal and public health perspective, and the government’s rhetoric on managing alien species needs clarification and action to ensure the protection of local biodiversity.

As a thoroughfare, a destination market, and a highly developed city equipped with world-class facilities and expertise, Hong Kong is in a position to take a more holistic approach to ensure the trade is suitable and sustainable.

Note: Following the publication of this report, the Hong Kong Government Environment Bureau (ENB) has been re-designated as the Environment & Ecology Bureau (EEB) as of July 2023. The Bureau’s website has accordingly changed from enb.gov.hk to eeb.gov.hk, affecting a number of the references provided in this report. 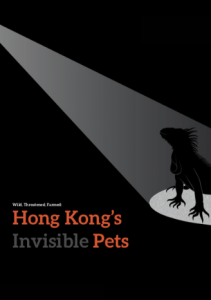 See All Research Reports
See All Projects
No tags.